Can I remove it altogether if I don’t want a smart meter?

I have a smart meter that was in the property when I moved in in August. The wireless receiver for it has been positioned directly in front of the boiler preventing access and so needs to be moved. Can I remove it altogether if I don’t want a smart meter?
Thanks
Gemma

Do you mean the In Home Display (IHD)?

If so, yes, that’s just for your convenience and is not necessary for the meters themselves to function. You can safely turn it off and move it. Although I’m somewhat curious - it’s a tiny portable device, how is it blocking access to a huge boiler?

Perhaps you could post a photo to be sure exactly what you want to move?

Thanks for your response

it’s not the digital display as that’s elsewhere, the boiler man said it’s the wireless receiver for the smart meter? It’s not blocking the whole boiler, just the front flap that you need to open to access the inside of the boiler! I can’t attach a photo as it says the file it’s too large but it’s basically a little white box with three green lights on it.
Thanks
Gemma

Upload to imgur.com and post a link, is another way to get pics on…

Thanks! Hoping this has worked 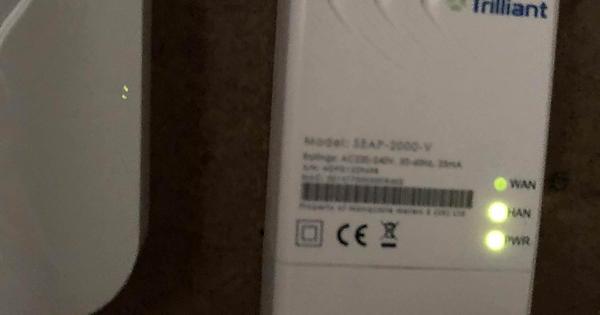 Ok, that is indeed the separate transmitter/receiver for the smart meter. Some smart meters have it all built into one unit. Some, like yours, have a meter and separate radio module.

This is all the property of the energy supplier, in your case Bulb, even though it would have been installed by a previous supplier. You’re not allowed to mess with it. Notice that the device is sealed on the bottom with a crimp tag. To remove it you’d have to cut the seal off, and you’re not authorised to do that. I think it would be best if you contacted Bulb directly and explained the problem. This is just a community forum.

Not that it helps you now, but you ought to have flagged to the moron that installed it that you could no longer open the boiler front flap any more to access the controls! If you can’t open the flap, I’d guess that it’s also impossible to completely remove the boiler cover for servicing. Bulb might charge you for this work now, whereas at the time it would have been a complaint regarding the original installation. You could try asking your previous supplier that installed it, but I’d guess they’re going to wash their hands of it since you’re not their supplier any more.

Can you post a wider shot? I’m curious to see just how dumb/lazy the installer has been!

Thank you, I have emailed Bulb directly to ask what we can do. One of things that you don’t notice when viewing a house I guess? Aargh :s

Thanks again for the advice.