We have an old Economy 7 setup - the meter itself and the clock (which controls the switch-over between peak and off-peak rates) are two separate units (please see image attached).

Unfortunately, the clock is faulty and runs fast / slow - which means that it always shows an incorrect time (and hence switches the rates at the incorrect time).

We frequently reset it to the correct time, but it soon goes out of sync because it runs fast / slow. To give an example, we reset it to the precise time a couple of weeks ago - but as of 14:00 today, it thought it was 23:00! This means that it is impossible to work out when we will be on peak / off-peak rates - meaning we’re likely to be over or under charged.

We reported this to Bulb (first by email and then by phone) who informed us that there was a “nationwide shortage of Economy 7 meters” and that the clock was our responsibility and that we should get an electrician to fix it. This strikes me as nonsense, because:

Basically, I think Bulb are fobbing me off - it’s inconceivable that the meter / clock is the householder’s responsibility for the reasons outlined above.

Please could somebody advise (and then come and fix it - we have an electric car arriving next month, and want to ensure that we are charging at an off-peak rate overnight!) 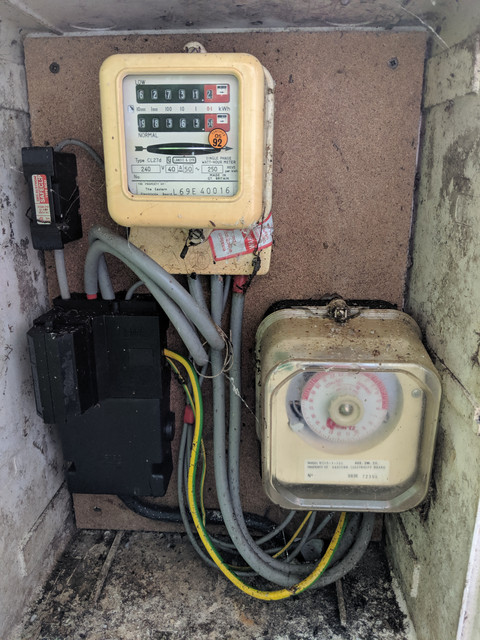 We reported this to Bulb (first by email and then by phone) who informed us that there was a "nationwide shortage of Economy 7 meters" and that the clock was our responsibility and that we should get an electrician to fix it. This strikes me as nonsense, because:

As you’re aware you’ve been told complete nonsense by Bulb “customer service”. Sadly it’s not the first time this sort of thing has happened.

You probably ought to report the missing seals to your local power distribution network, who will attend to reseal the meters, but I don’t think they’ll do anything about the broken time clock.

If this were me, I’d take the approach that I had fulfilled my entire obligation to report a faulty meter, and subsequently take advantage of as much cheap electricity at convenient times as I possibly could until such a day that Bulb decide they want to do something about it.

If “05 92” is the installation date, then it is also past its certified period of 25 years, so should be replaced.

@“Eleanor at Bulb” may be able to offer some helpful advice

Great to confirm it really isn’t our responsibility (and that the meter is beyond it’s certified period anyway!)

Please can somebody from Bulb confirm next steps?