With the nice little referral credit I’ve earned from Bulb, I’ve invested some of the ‘saved’ cash into a Nest Thermostat, and some LED bulbs (to replace halogens) - both to try and reduce my energy use.

Has anyone else invested in tech to automate their homes and hopefully reduce their energy use? What are your recommendations?

I started with the LED’s. It was the easiest thing to change for the quickest benefit.

One of the outside lights has a dusk till dawn sensor in it so it only comes on when it is dark (as a sort of security light).

We are having a new boiler in a few days, and getting our radiators changed to Thermostatic Radiator Valves, and a wireless programmable thermostat.

Not related so much to homes, but for fossil fuel cars I found an app called Dash which can be used as a driving coach among other things. https://dash.by/ - I’m saving the money I save on fuel for my next car which will hopefully be an electric car.

We are having a new boiler in a few days, and getting our radiators changed to Thermostatic Radiator Valves, and a wireless programmable thermostat.
.

I replaced my room thermostat with a wireless one 18 months back and find it good for reducing costs. Because it is wireless I can keep the rad thermo valves set lower in all the rooms and just move the wireless thermostat to the room I am sitting in which thwn brings the temp up in that room.
One thing to look out for is if the wireless thermostat is in the kitchen when wife is cooking the raised temp from the ovens will usually stop the thermostat kicking in.

I went all LED over 5 years ago now, having used primarily CFLs in properties before that.

When my boiler went bang two years ago, I went with a nice new efficient gas one (sadly all leccy boilers are still just too expensive to run or I’d have done that - maybe next time) and I also got the 3rd gen Nest to go along with it as soon as they were released in the UK.

As my boiler (Worcester Bosch 34CDi classic IIRC) doesn’t support OpenTherm (which is what the Nest supports), I kinda have an idea in my head currently to create an OpenTherm to EMS bus bridge so my Nest can be slightly more clever about how it heats the house (only turn the boiler on a little when not much heat is needed for example).
I should have the EMS bus part sorted in a few weeks and then we’ll see about emulating an OpenTherm boiler!
(It does look like someone’s already done it)

Most things that are sold as eco-tech are really just toys though and the real improvements come from extra insulation, removal of draughts, and a generally cooler house.

It would be great to know which of these made a noticeable difference to your usage (including the eco-tech toys).

As homes get smarter, our advice will need to cover these technologies as part of energy saving advice so any reviews from our trusted members would be really helpful.

@“Rob at Bulb” I’d be more than happy to feed this back after a couple of months usage so I can compare.

@“Rob at Bulb”, the Nest for me is really a bit of an energy saving unknown as I got it a few months after I moved into my new house.

I think that if you’re going from a set-temp or a very basic timed thermostat then it could reduce your usage, but if you already have a half decent thermostat, I doubt it would make much of a difference.
For me at least it’s more for comfort and flexibility that it really shines. (It’s also a very fancy looking wall object)

Many a day have I been out in the rain and the cold and wanted to go back to a warm house so have stuck the heating on from my phone to ensure it’s toasty when I get home.
On a similar note, I’ve also gone on holiday forgetting to turn off the heating (it can do it automatically based on phone location but it’s not perfect so I have that feature off) and have been able to switch it off when hundreds of miles away.

@Frank That would really helpful, it would be great to see energy tech reviews on the community for others to consider and comment on.

@mowcius That’s a couple of really good uses, I like the idea of being able to get the house nice and warm while on the journey home, I think my girlfriend would abuse this feature if I had this though.

Almost forgot, the Loop energy saver is really good but it’ll basically become redundant when SMETS2 (I think that’s what they are called) smart meters are rolled out. The comparison tool is really good, but as a Bulb customer I doubt I’ll ever need that again!

@matthew744 It’s pretty clever in regards to the switching service offered and the conversion of a dumb meter to basically be a smart meter. Our tariffs are pretty clever and make the device a little redundant though!

Until smart meter arrives anyone wishing to log their usage on a monthly basis can have a copy of my spreadsheet, all it requires is putting in your monthly readings and it will work out the cost of usage for you. Useful for comparing against your statements.
Uses office excel or open office.

Message me with email address if required.

Yes LED bulbs will save on your electricity, but not on your wallet if like me you start by buying on-line from what proved to be suppliers of poor quality bulbs which just didn’t last. Am now buying known brands and (touch wood) no problems since.

On LEDs, on a recent trip to IKEA I discovered the TRÅDFRI LED panels.

A few of them have now replaced real basement windows in a my house renovation plans… =)
Embedded in a partition wall with a real wood surround, they should look just like a frosted window!

Oh, would you be able to email me the spreadsheet please? HeatherASKennedy@sky.com

Until smart meter arrives anyone wishing to log their usage on a monthly basis can have a copy of my spreadsheet, all it requires is putting in your monthly readings and it will work out the cost of usage for you. Useful for comparing against your statements.
Uses office excel or open office.

Message me with email address if required.

Thank you looks complicated but I will figure it out lol

Its probably my instructions that are complicated as all you have to do is enter your monthly meter readings and all else is automatically calculated for you, including the bar charts.

I’d definitely recommend buying quality LED’s rather then be tempted by bargain offers.

I’m not really sold on the likes of NEST thermostats myself or at least the cost benefits over a conventional one.

A week back the filling valve on our upstairs toilet suddenly decided to start spewing water out of the top of the mechanism causing water to spray on the floor and dribble out from behind the panelling. Whilst investigating I found a draft of decidedly cool air coming in around the flexi outlet pipe from the toilet. This has now been sealed.

I bought a cheap (£9) thermal thermometer on ebay, mine is accurate to within 1 degree. Its very useful for finding cold spots and draughts around the house. 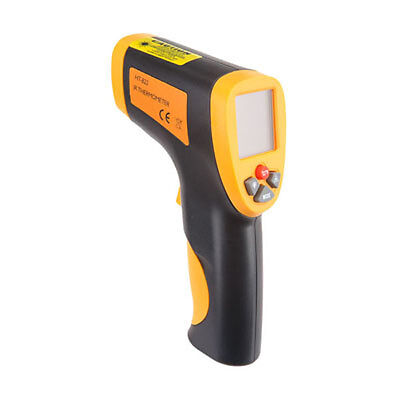 @scudo, do you find there’s much you can actually figure out with a single point non-contact thermometer like that?

I’ve been debating buying a thermal camera for a while now for the same reason, I suspect if nothing else being able to see a whole room/wall in one go would be a faster way to go about things.

Agreed. Draughts mostly, even in rental properties they are often something you can quickly and easily fix for basically no cost. The number of people I know who don't seem to understand how much energy they're wasting by having the heating up high in the day and then opening a bedroom window at night amazes me though. Even closing blinds and curtains has a larger effect that people tend to realise. There's a noticeable improvement from me just closing the blind on my velux window! The blind's not thick or insulated in any way, but creating another air gap does help.

I'm not really sold on the likes of NEST thermostats myself or at least the cost benefits over a conventional one.

Also agreed. Buying a Nest isn't likely to save you money over a properly set up conventional timed thermostat.

I'd say that's one of the many joys of old properties but even a lot of newer properties aren't much better! It's only when you find developers who are actually leak testing buildings where you find new properties that are well sealed and free of (unintentional) draughts.
next page →